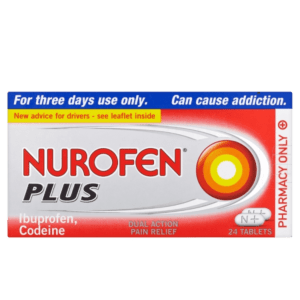 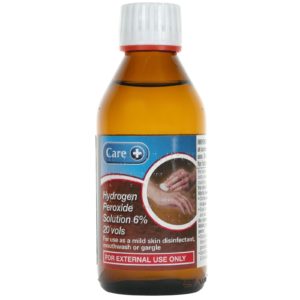 Hydrogen Peroxide Solution 9% 30 Vols kills disease organisms by oxidation. Considered to be the world’s safest all-natural effective surface sanitizer and the only germicidal agent composed of just water and oxygen.

Hydrogen Peroxide Solution 9% kills disease organisms by oxidation. Considered to be the world’s safest all-natural effective surface sanitiser and the only germicidal agent composed of just water and oxygen. When hydrogen peroxide reacts with organic material, it breaks down into oxygen and water and can be used to treat leg ulcers, superficial skin infections and sores that have been caused by lying or sitting in the same position for long periods of time, also known as pressure sores. It can also be used to disinfect and cleanse the skin, or as a gargle and mouthwash solution. This pack contains 1 x 200ml bottle.

There are no reviews yet. 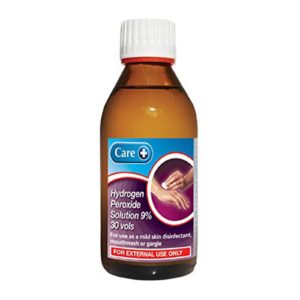